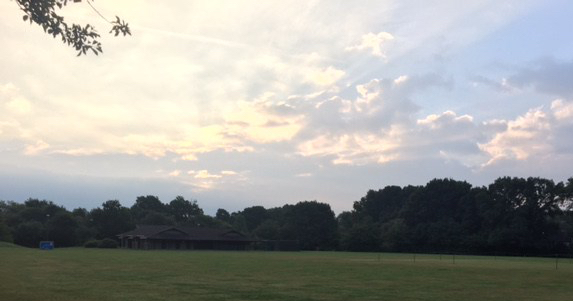 After a great start to the week on Monday with my very first blog I nearly fell at the first hurdle via a crash on Tuesday.  Emotional crash, not physical fortunately. Something that happens to every single person in this world on a regular basis.  Tuesday morning I chose not to get up and out as per my usual morning routine, rather than beat myself up about it by saying “I should have got up and out” I chose instead to reason with myself that “I could have got up and out but chose not to”.
A cop out? Maybe…but with the view of being kind to ourselves I think that’s an easy give.

I was writing some of this on Wednesday morning and I think it’s worth leaving in.

“been two mornings of not getting out. I say two mornings but it’s only 6.45am on Wednesday so nothing stopping me still heading out.

Nothing except the voices in my head telling me that I “should” be doing something else.  They are, of course, lying.  I know that a morning routine is good for me and I know the benefits I get from it so I have to find a way to stick to it.

Should is a word that I have been advised to remove from my vocabulary, a bit like saying sorry. Problem is they are both so well ingrained in our lives that it’s hard.
I ‘should’ have got up and put my gym clothes on, that’s the first step in my morning routine and we all know if we take things one step at a time we will end up where we planned to be – just one step at a time. That is the advice I have been preaching weekly on my radio show with my wonderful Coach Carolyne. (details on my website)

Sorry for this, sorry for that. I have tried to say sorry less too – not that easy given my learned behaviour to say sorry for the slightest thing.
Sorry if I made a pass that didn’t go where it was intended, sorry for being even a minute late, sorry if I needed someone to repeat what they just said or sorry for making you feel bad…..done that one a lot over the last couple of years to everyone around me!

My voices tell me anyone who gets near me gets hurt but I know that isn’t real either, acknowledging the thoughts and reasoning with them is the way to go.
I understand why they would say everyone gets hurt given all that has happened but a lot of good happens around me too.  We all have a choice on which thoughts we allow in our heads and I’m choosing to focus on the good.

So practice what you preach, I’m going to get changed and head out – it’s never too late to salvage the situation and follow your plan…back soon

Wow – ok. Proof that the words that comes out of my mouth are real. That was exactly what I needed.
The music made me feel good, quieting my mind in an instant. The fresh summer air (this is England so grey clouds and a chill) welcomed me.
My thoughts shifted from negative ones to positive ones – planning my day and week to include all of the things I actually wanted to choose to do rather than what I felt like I ‘should’ be doing.
On my warm down (walk back home!) I decided to listen to The Morning Coach Podcast (details on my website), so glad I did as it was about how, by chasing things, we can actually force them further away from us. He told the following story. Warning for all the ladies out there – cute puppy story coming.

Chasing the tail – a small puppy is running around in circles chasing his tail when along comes a big dog who asks “What are you doing?”
The little dog looks up and him and says “I’ve solved the problems of the universe, the best thing for dogs is happiness and happiness is in my tail. When I catch it I will have true happiness”
The Big dog looks at him and says “I too have paid attention to the problems of the universe, I too have judged that happiness is in my tail, I have noticed that when I chase it my tail keeps running away from me but when I go about my business it comes after me.”

Love that story as often we can focus too much on the ‘want’ and ‘need’ of something.  Choosing to have a goal or a plan in place and being focussed on each step you need to take to get you there means you go about your business with structure and because you are doing the things you want to do and are focussed onm them you are naturally happier.

Take Golf, something I had wanted to improve at for years.  By finally putting that as a goal of mine and focussing on the small steps in my plan I have drastically improved.
Step One was to get a coach and I found the most amazing person in Peter Dawson at my local Golf Academy (details on my website).  Peter is extremely good at looking at different ways to get the same message across to many people, understanding that not everyone hears and learns the same way.  Another important lesson I have learned over the last year, just because I learn a particular way doesn’t mean it works the same for everyone.  Different strokes for different folks as Carolyne puts it.

Step Two on the Golf goal was to commit to practice.  I would be on the course at 7am through the winter practicing the teachings of Peter.  -4 degrees in mid winter and there I would be.  Now you need to understand something…I am a guy who gets cold indoors in Summer, I hate being cold.  The goal of improving at Golf was important enough to me to focus and when I focussed on the goal I felt passionate about it didn’t matter that I was cold.  The photo below was taken from one of those mornings, although it was cold it was amazing too.  By using the Mindfulness techniques that I had learned on one of Carolyne’s courses I was able to focus on the amazing opportunity the new day brought rather than the freezing weather that accompanied it.  Another massive mindset shift for me. 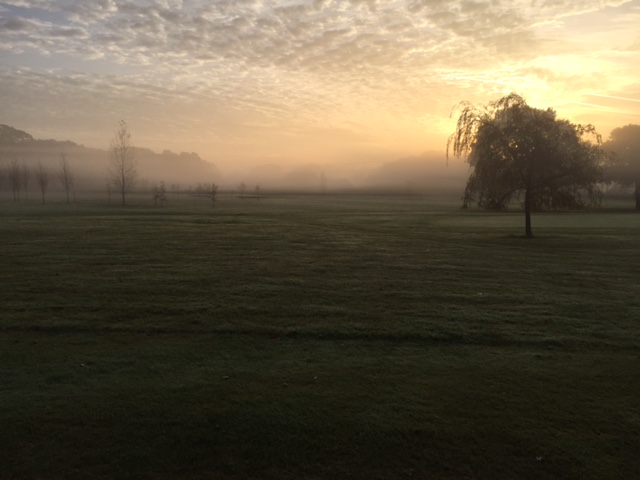 So by focussing on each individual step in my goal I was able to go from a Golf Handicap of 21 to 14.  In addition to that I hit two major milestones in Amateur Golf. 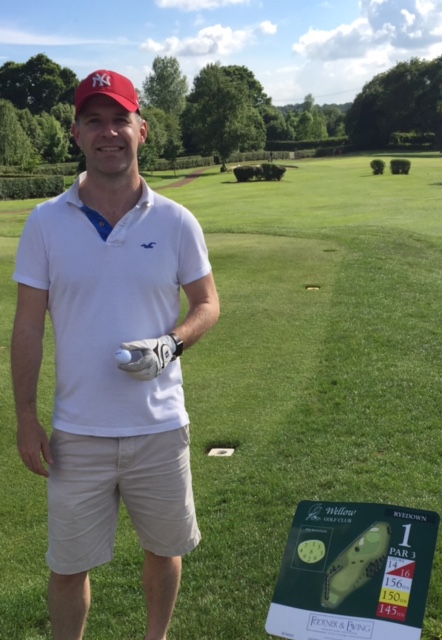 Right I’ve rambled enough, this is far longer than I planned but I guess I’m new to this so that’s cool.

I’ll continue with the focus areas over the weekend and update on Monday.

Have a great weekend whatever you are doing.

This is a text widget. The Text Widget allows you to add text or HTML to your sidebar. You can use a text widget to display text, links, images, HTML, or a combination of these. Edit them in the Widget section of the Customizer.